Developed in conjunction with Ext-Joom.com 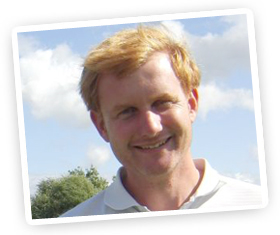 Chris Farr’s golfing career began when he was accepted on the first Golf Based HND course in the country at De Montfort University, graduating in 1999.

Chris worked at the prestigious East Sussex National Club, gaining valuable experience in all areas of the game and business.

In 2000 Chris studied at The University of Central Lancashire for degree in Leisure Management, graduating with a 2:1.

Chris studied and became a fully Qualified P.G.A Professional in 2002 and has continued to develop his coaching knowledge by attending National P.G.A Seminars, Coaching Workshops and is studying to become an Advanced Professional.

Chris become Head Coach/Academy Manager in 2008 and has set up one of the most successful academies in the Crown Group, with the widest portfolios of activities both here at Paultons and out in the community across the south.

In 2009 Chris accepted the Golf Mark Club of the Year National Runner Up prize for developing junior golf and exceptional standards of coaching which is testament to Chris and his team.

In 2010 Chris joined the England CAP Coaching set up coaching to county level juniors from across the county.

Chris’s relaxed nature provides the perfect way to learn, both on an Individual basis as well as in a group Adults and Juniors find his clear teaching style very successful in improving and understanding of their games.

Signup to our Newsletter